I had the amazing opportunity of working on the 2013 Techcrunch responsive website redesign. Josh Clark assembled an incredible team including Brad Frost, Dan Mall, Jonathan Stark, and Jennifer Brook. Josh, Brad, Dan and Jonathan did a few additional projects together and were later nominated for a Webby Award for Team of the Year.

My role was to help Brad prototype the responsive interactions for the website using HTML and CSS – essentially, to design and decide on details in the browser.

A quick overview of the creative process:

You can read more about the project and the Atomic Design process we used with Techcrunch in Brad’s project write up. 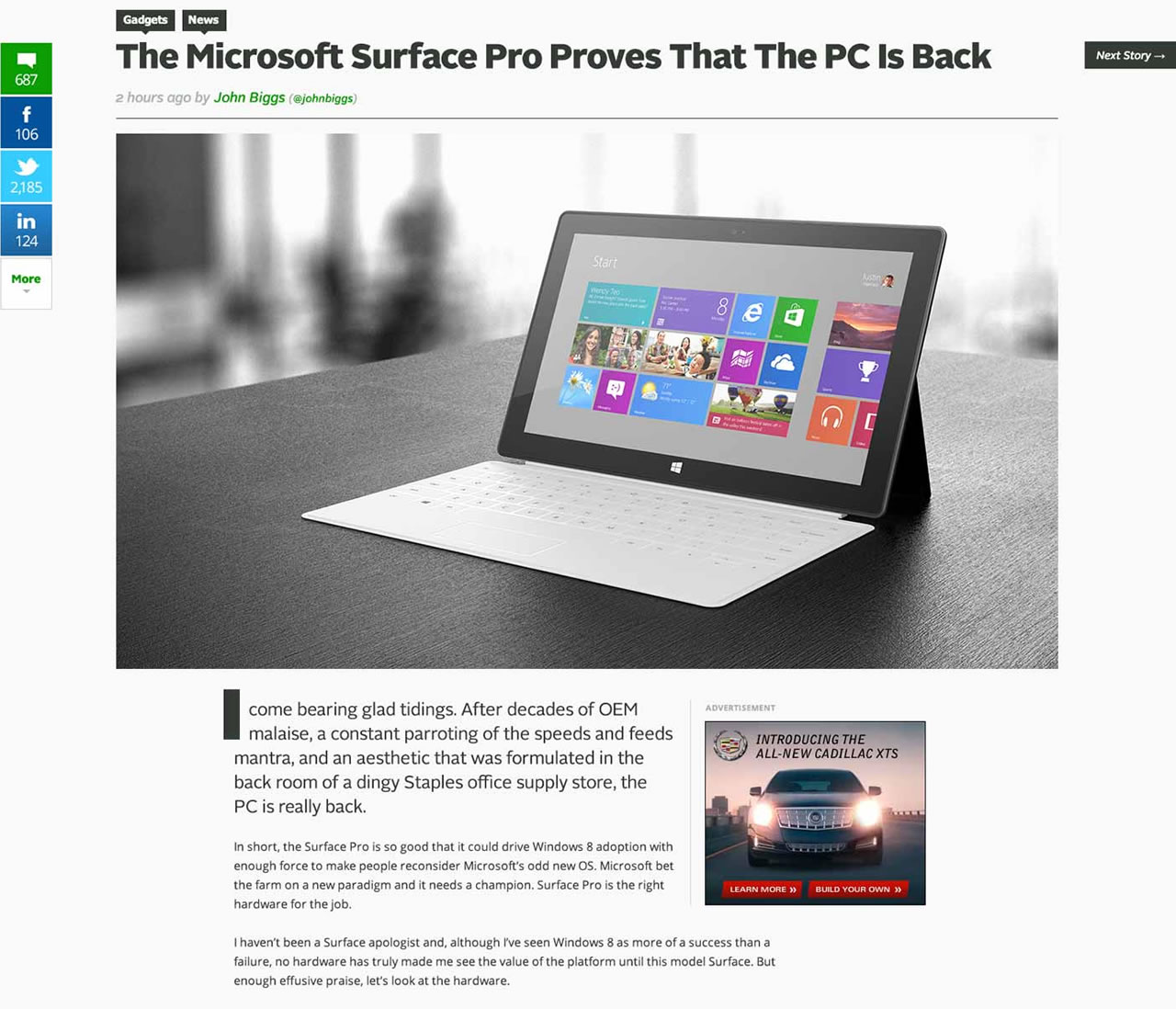 Is the water safe to drink UXrave